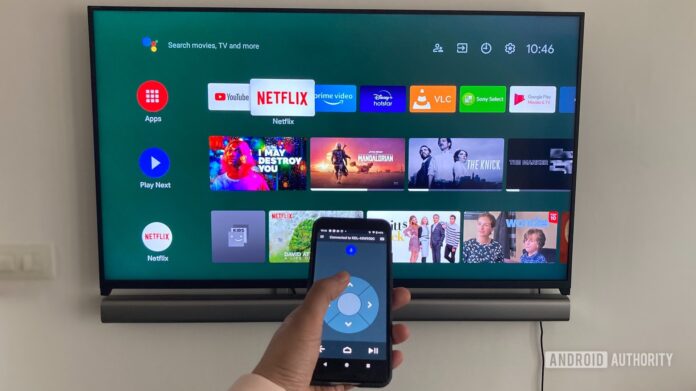 In the current era of development, nobody likes to watch shows on their phone. Are you wondering how to mirror a phone to tv without wifi. Fortunately, there are some techniques to watch Netflix, YouTube, or anything on your smart TV. Yes, true! Well, as long as you have wifi.

How to mirror phone to tv without wifi can be worth it; if you are wondering about you can screen a mirror without wifi here are some ways. Firstly, make use of Google’s Chromecast. However, Chromecast is a small device introduced by Google that fits into your televisions’ HDMI port. Now, generally, we would need a wireless connection to use Chromecast, but here are a few ways to work around it. Secondly, set up a mobile Hotspot connection. Instead of a wireless network, we can use 4G data and turn your Smartphone screen mirroring without a wifi router and cast to the big screen.

We need to follow some of these steps. First, make use of Google’s Chromecast. Chromecast is considered a small device introduced by Google that fits into your television’s HDMI port. Now, generally, we would need a wireless connection to use Chromecast, but here are a few ways to work for it.  Instead of a wireless network, we can use 4G data, turn our smartphone into a wireless router, and cast to the big screen.

After this, launch the application and play whatever you want from your gallery. This way, you will only make use of data in order to set up a Chromecast, and you would not have to use it to stream movies, documentaries, and favorite shows to watch it all from your personal gallery on a bigger screen without wifi.

Remarkably, you can also use Google Chromecast without Wi-Fi by making use of your home-based broadband network, also termed as (ethernet) instead (initial set up of Chromecast with Google Home application will require Wi-Fi. If you do not get enough wifi signals in a particular room of the house, you can use ethernet.

It is better to purchase an ethernet adapter, which, by the way, is pretty cheap. After you have got your hands on one, follow these simple steps to cast to television without wifi. Now proceed by plugging your Chromecast with the HDMI port of the smart tv. Then use the USB cable from your purchased ethernet adapter and plug it with the respective Chromecast device. If your ethernet adapter does not have a cable, then any USB cable can be helpful to connect Chromecast and the adapter for better output.  Afterward, plug in the ethernet cable into the other end of the adapter. Voila! You can use your Chromecast device screen mirroring without wifi.

How to mirror a phone to tv without wifi is a technique that everyone wonders to know about as one may want to do some screen mirroring to tv without wifi, or maybe, your tv does not support wifi setup. There are numerous techniques to mirror your devices to the television like that of Chromecast, as mentioned earlier. The Google Home application has an option to assist you to mirror your devices to your smart television.

Hence, do check if you are smart device supports HDMI or MHL. If we have a phone that supports a USB type C port, as the Galaxy series’ latest phones do, plug in one end of the HDMI adapter to this port. The same goes for MHL cables. However, do note that you won’t charge your personal phone as an adapter that will take up the USB-C and also make takeup the micro USB port. Furthermore, connect one end of the HDMI/MHL cable to the adapter and the other end into the appropriate port on the television. Changeover your television to the correct input, and you can start screen mirroring without wifi immediately.

Now, make use of a USB data cable to connect your phone to your laptop and access its content. Proceed to select whatever you want to watch from the gallery, and once you’ve switched to the HDMI input on the television, you will be able to view whatever is on the screen of your personal computer. This technique is perfect for connecting a phone to a television screen mirroring without wifi. Still, if you do have access to wifi or mobile data, you can download one of the many applications present to mirror your personal phone screen to your personal computer.

The technological advancements around the globe are entirely dependent on wireless connections event to carry out simple everyday routine tasks; it can get a bit tricky to cast and mirror your smart devices to television screen mirroring without wifi. Even stuff like Chromecast requires some internet connection to work, whether mobile data or ethernet.

To sum up, if you have the right appropriate equipment, then you do not require the need for Chromecast and such related devices, not even the essential internet. Instead, you can try one of the tips and tricks listed above that will surely work your way around things.