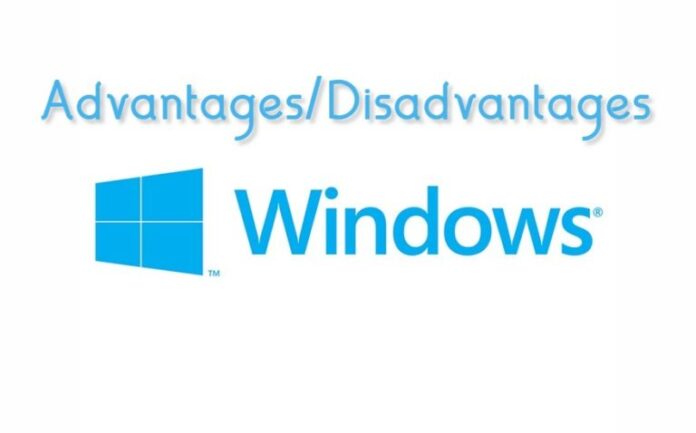 Pros and cons of Windows 10

The main advantages of Windows 10 are:

Secondly, the system updates for a more extended period. System updates regularly determine how long the consumer can still use an operating system. For instance, Windows XP and Windows Vista have been phased out, and Microsoft is officially no longer offering any updates or extended support. For Windows 7 and Windows 8, mainstream support has ended. This means, among other things, that no new functions are added to these operating systems. With Windows 10 this problem does not exist yet. Take the example of Microsoft will provide mainstream support until October 2020. As expected, the extensive support will not end until 2024. One can enjoy the latest security updates and improvements within the Windows 10 environment for many years to come.

Thirdly, excellent virus protection. With the arrival of Windows 10, the quality of the antivirus software has dramatically improved. New and improved applications make it more difficult for malicious parties to infect Windows 10 computers with malicious software. Consider, for example, the new functionality of Windows Hello. This allows the computer to be unlocked with a fingerprint, iris scanner, or face recognition. This is more difficult to hack than a standard password.

Windows 10 can further encrypt files automatically when it notices that a computer has been infected with malicious software. This is done with the Bit Locker encryption program. In addition, Windows Defender Antivirus is included and activated with every license of Windows 10. This advanced software protects your computer or laptop even better against digital threats: a clear improvement over previous Windows versions.

Fourthly, the addition of direct X 12. An improvement within Windows 10 that gamers will especially welcome is the implementation of DirectX 12. This allows the computer to deal more efficiently with the calculations that are performed during gaming. The processor and video card will significantly benefit from this within Windows 10. This ensures that computer games are graphically displayed colorfully and that less power is used. DirectX 12 is not available on older versions of Windows.

The fifth advantage of touch screens for hybrid devices is. Are you using a hybrid device such as a Microsoft Surface tablet? Then the upgrade to Windows 10 is more than worth it. An exclusive touch-view is activated when the users use the touch screen. This makes it easy to scroll between devices that have both a laptop mode and a tablet mode. In tablet mode, even the start menu, the start button, and the taskbar are available. These functionalities are customized so that they are easy to operate.

Sixth, complete control over Windows 10. The center of control for Windows 10 has been fairly updated. Switching applications on and off is greatly simplified in Windows 10 compared to older operating systems. This permits you to decide for yourself which programs start automatically when the computer is switched on. Or switch off specific programs that you usually do not use. System administrators within large organizations also benefit from these functionalities within Windows. This makes it easier to offer help at a distance. And specific applications can easily be removed or added to the user’s working environment.

Also read: HOW LONG CAN YOU USE UNACTIVATED WINDOWS 10?

Seventh, lighter and faster operating system. A last significant advantage of Windows 10 is the boosted speed of the operating system; by carrying out this process, Windows 10 looks more modern, but it also functions much swifter than older Windows versions. The operating system is better and therefore requires less processing power energy from the computer hardware. The start-up time, the tenure to load applications, and the battery consumption on laptops have all flourished as compared to Windows 8 and other former iterations.

Firstly, possible confidence issues. A point of criticism by the critics on Windows 10 is how the operating system deals with the user’s sensitive data. Microsoft is mysterious about the user data that is collected in Windows 10. It is known that there are analysis tools that track computer behavior. These applications are automatically installed in the standard installation and can be disabled during an advanced facility. The question remains, however, which information Microsoft exactly collects and how they use this data.

Secondly, the compatibility of the system. Serious issues with the compatibility of software and hardware can be a reason not to switch to Windows 10. Especially older programs and games may no longer work on this latest operating system from Microsoft. First, investigate whether the applications work in combination with Windows 10. Microsoft has minimum and recommended system requirements online. View this to ensure that Windows 10 works correctly on your computer or laptop. It takes a big amount of time and effort to find out after Windows 10 that things do not work anymore.

Thirdly, lost applications. Windows Media Center enthusiasts might be slightly disappointed with Windows 10. This popular program is no longer available on Windows 10. Furthermore, there is no standard DVD player available after the installation process. Also, Windows Photo Viewer is removed in this version. Of course, substitutes such as VLC exist and can be downloaded easily.

Some minor cons are undoubtedly attached to the latest operating system from Microsoft. However, the disadvantages of Windows 10 do not outweigh the advantages of this stunning operating system. Functionalities like virus protection, graphics, and speed have been greatly improved compared to previous Windows versions. As long as the hardware and software of your computer are compatible, an upgrade to Windows 10 is always the right choice. I hope you will enjoy this blog and quickly get important facts about the pros and cons of windows 10. 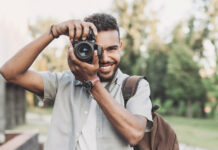 What Is A DSLR Camera? How To Use It For Beginner’s Photography 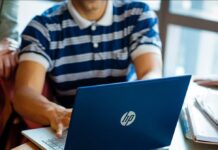 How a Quality Notebook Can Make Life So Much Easier At University?

How To Choose The Right Software For Your Manufacturing Business?