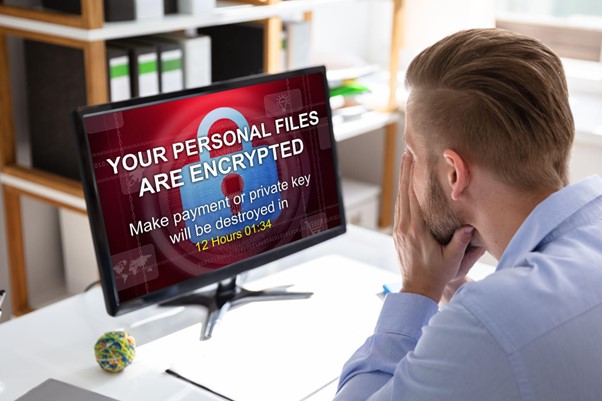 Cybersecurity is something we all need to take seriously, whether we work from home every day or just part of the time, or use tech gadgets to shop online, utilize social media, research, or other activities. Hackers are out in force more than ever before and are continually finding sophisticated and new ways to break into systems. In particular, one well-known threat in this day and age is ransomware.

This is a type of hack where cybercriminals lock users out of their computers and deny access or delete information unless a ransom gets paid. Some hackers also tell victims that they will release confidential information found on the network or device unless they receive a specified payment. While this is a serious issue to be aware of, there are also some myths floating around about ransomware that need busting.

One of the most incredibly inaccurate myths is that ransomware attacks are rare. While we all wish this were true, in reality, ransomware is one of the most popular techniques cybercriminals use these days. It gets targeted to individuals, businesses, and organizations around the world.

This threat only increases to build and evolve, costing nations billions of dollars annually. There were over 300 million ransomware attacks launched in 2020, according to Statista. As such, it’s clear that ransomware is something we all need to think about and safeguard ourselves against with comprehensive ransomware protection.

Myth: Hackers Only Use Ransomware on Businesses or Organizations

This area of focus has been growing for years, but since the global pandemic began and more and more people started working from home, where they often don’t take proper care of cybersecurity, the attacks on individuals have expanded.

Myth: Pay the Ransom and Everything Will Be Fine

Some people don’t stress much about ransomware because they mistakenly believe that if they get stung by this sort of attack, they’ll just pay the ransom and move on happily. However, this isn’t the case. You can’t simply get back to business as usual when you’re the victim of a ransomware attack.

Many people have paid the ransom to the hackers who demanded it, only to discover that this didn’t help. Some cybercriminals will adhere to what they’ve promised victims, but many don’t care and won’t live up to their end of the bargain. Often, those who pay a ransom will get known as easy targets and get hit again by hackers in the future, too.

Also, ransomware attacks today are often highly coordinated team efforts, which hackers take weeks or months to prepare. As such, all sorts of networks and systems can be affected, meaning you, your IT team, or hired IT consultants may have to spend a long time recovering details and setting things up properly again. Plus, there’s the time and energy involved in reporting attacks to the authorities and your insurance company if you need to put in a claim for costs to be covered.

Data Can Be Easily Decrypted Anyway

Another reason why some people don’t take the necessary precautions to protect their computers and information is that they figure that even if they get stung by a ransomware attack, their data can be decrypted again quickly enough anyway. Unfortunately, even the savviest and highest-paid IT consultants or in-house CTOs can’t always work their magic in this way.

Modern ransomware attacks are complex and often involve the encryption of data using a combination of multiple military-grade encryption standards that even the best supercomputers likely wouldn’t be able to unlock in a reasonable timeframe. A private key is needed to retrieve access, and if the hackers don’t end up providing you with this, you will be in trouble if you don’t have all your information saved elsewhere.

Ransomware is a nasty threat that many of us will have to deal with at some point in time and thus need to prepare for. Take steps today to do everything you can to protect your devices and data, so you at least make it as hard as possible for hackers to compromise your computers or accounts.